Why Berlin beach bars – and open air cinemas – are a treat

Why Berlin beach bars are awesome – and their open-air cinema scene has an anarchic, crazy edge.  It can all add up to an excellent summer experience.

The moon above the palm trees is bright tonight.  The air is balmy but the fine, white sand is cool between our toes.  We sip cocktails and watch pleasure boats float by.

There’s a buzz around the bar, music and laughter and the chink of iced drinks.  But here at the far end of the beach, among the intimate encampments of blue- and green-striped deck-chairs, the night is dark and calm.

Welcome to Berlin, summer 2004.  Tourist cities are a problem in high summer.  It’s so hot and sticky that locals, and most tourists with any sense, head off to the beach.  Berlin is different, in that much of the city actually is a beach.

That’s why the Berlin Tourist Board’s new campaign to persuade visitors that the months of July and August are the perfect time to visit Germany’s reunited capital is less daft than it sounds.

I don’t need persuading.  For me, this sprawling, ramshackle city offers summer pleasures that its better-groomed counterparts can only dream of – like its many beach bars

Berliners are accustomed to new districts springing up overnight.  The city centre has a knack of baffling car navigation systems.  As you cruise new boulevards between what used to be East and West Berlin, your dashboard display shows, helplessly, “off-road”.

But no-one could have predicted quite how many sections of the death strip that used to run along the Berlin Wall would wind up as beach bars.  At the last count, six city centre locations had been buried under tons of sand and fitted out with everything from palm trees and beach baskets to volleyball courts and dance floors.

Now, the Strandbar Mitte (Central Beach Bar) is itself a cauldron of activity, with hundreds of mostly young guests crowding the sandy terraces across the river from the Pergamon Museum in the heart of historic Berlin.

‘We call it the mother of all Berlin beach bars,’ Bluhm says.  ‘People coming to our open-air Shakespeare productions in Monbijou Park had nowhere to go for a drink afterwards.  So we thought: we’re on a river, why not have a beach?’

Berliners have been trying to create the perfect summer for centuries.  In 1792, Wilhelm Friedrich II built a folly in the form of a ruined Roman country house for his lover, the Countess Lichtenau, on a quiet island in a lake mid-way between Berlin and the royal palaces of Potsdam.

The interior was painted to resemble a bamboo hut on distant Tahiti, visited by Captain James Cook two decades earlier. The sense of the exotic was reinforced by the introduction of peacocks, a hundred of which still roam the island today.

In subsequent decades the tiny island acquired an English country house; a Swiss cottage; a Dutch kitchen; a dairy in the form of a Gothic temple; and a temple.

It also acquired a menagerie: buffalos arrived in 1802, and in 1880 the writer Theodor Fontane described seeing kangaroos and parrots in what had become known as Peacock Island.  Most of the animals left the island in 1842 for the newly founded Berlin Zoological Garden.  They left behind a gentle English garden richly populated with architectural follies.

Today, despite lying just two hundred metres from the mainland, Peacock Island retains the charm of an exotic landscape left behind by history.  There is no traffic: the only sounds are the plaintive cries of peacocks, the splashing of fountains and the rustling of ancient trees.

No new structures have been built since the nineteenth century.  Even the footpaths are hidden by the contours of the lawns.  Eat your hearts out, Ireland and Norway: smoking has been banned on Peacock Island since the early 1800s.

No summer is complete without a visit to an open-air cinema.  To savour  a glass of wine and watch a classic movie as bats swoop overhead is to experience city living at its most sublime.

My favourite is the Waldbühne (Forest Theatre), possibly the mother of all open-air cinemas with a capacity of 22,000.  This summer, sadly, the Waldbühne is playing host only to open-air concerts.

But movie-buff web-site www.mmovie.de lists 15 other places where you can enjoy fresh air film-viewing in Berlin.  It’s hard to know where to begin.  Should I head for the Museumsinsel (Museum Island) cinema in the town centre, whose screen has as a backdrop the newly restored pink-stone portico of the Alte Nationalgalerie?  Here an eclectic programme, ranging from Angels with Dirty Faces to Mars Attacks! runs every night from May to September (tip for early- and late-season filmgoers: bring a blanket).  Or should I be more daring?  The Hering Sailing School is showing a season of films with a salty flavour such as ‘Master and Commander’, on the roof of its floating club-house on a lake west of Berlin: for a few euros extra you can watch from your own private dinghy.  Or how about taking my Lilo along to Berlin’s only combined open air cinema and swimming pool, in the leafy suburb of Wilmersdorf?  After watching Pirates of the Caribbean from the pool or a lounger we are promised a “Pirates’ Party” with a sea battle and themed cocktails.

There’s an attractive whiff of wackiness in all these outdoor activities.  As Berlin continues its halting progress from cloven oddity to serious city, the new capital will do well to ensure it hangs on to its sense of the absurd.

‘This year,’ says Sylke Bluhm  of the Hexenkessel Hoftheater, ‘we’re doing an alternative version of Romeo and Juliet.  We call it Juliet and Romeo because we’ve made Juliet more of a go-getter.  But they still all end up dead.’

P.S. If you enjoy fresh, original writing, please subscribe to my weekly newsletter (you can unsubscribe anytime you wish).

PrevWe’ll all soon beg to fly business: the perils of economy long-haul flights
Skiing with a guide: Where even experts fear to treadNext
PrevPrevious
NextNext

…and receive a FREE short story!

Russia’s war on Ukraine has failed on most fronts. But Russian President Putin continues to slaughter vast numbers of his own troops, and Ukrainian soldiers and civilians, in the hope of a military breakthrough. That could yet happen. The top task for countries supporting Ukraine must be to maintain unity for weeks, months or years to come. This will be a challenge.

Russian statements about the war in Ukraine – or anything else under the present regime – obey key rules. First: never admit to anything. Second: lying to mislead your enemy, or your own people, is entirely legitimate. 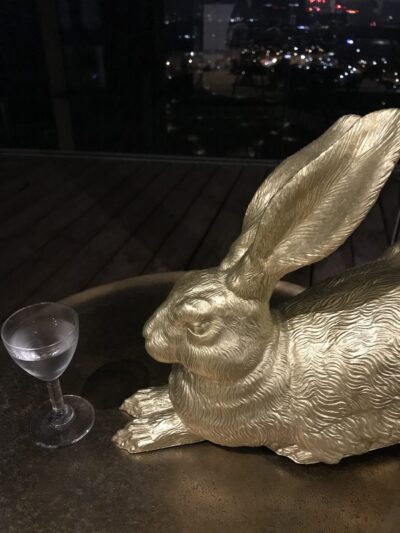 Horilka is to vodka as Scotch is to whisky – a product only produced in one country. It’s time to try the triple-distilled Ukrainian brew.

Reverse conspiracy theories are when instead of blaming shadowy forces for the ills of the world, people blame themselves or their governments for atrocities committed by others.

Several people have asked about why the Russia-Ukraine war is happening. Here is some background context and history.

Diplomacy and the media

Diplomacy and the media can have a rich, mutually beneficial relationship – but don’t always. Diplomats should build media skills, too. This is a sketch